GLI Designation: Not Just a Name

What does the GLI mean on a Volkswagen Jetta? 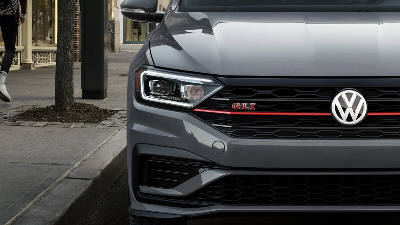 Simply, it means “Grand Luxe Injection.” To the most people, that probably doesn’t mean a whole lot. Let us break it down. There are multiple steps to the historic Volkswagen naming conventions that help explain this:

While all modern vehicles have fuel injection, this wasn’t originally the case. Fuel-injected engines produced considerably more power than their carburetor counterparts. This is because the fuel is sprayed directly into the engine cylinders with fuel injection instead of having to go through the carburetor first. So, GLI is a hold over from the old days when it meant much higher performance. The Jetta GLI still reflects that.

What It Means Today

The Jetta GLI uses the 2.0L TSI® turbocharged engine. TSI = turbocharged stratified engine. Basically, it uses technology refined in the TDI diesel engine, and applies it to regular gasoline vehicles. The result is more power and higher efficiency. Those benefits come at a considerably higher cost, which is why it’s not included on basic Jetta models. Take a more in-depth look at how the Jetta and the Jetta GLI differ.

Give us a call or send us a message. We’d be happy to schedule a test drive for you and answer any questions that you may have.